POPE FRANCIS CHALLENGES THE FAITHFUL
Religion News Service reports that Pope Francis used the Easter Saturday service to invite the faithful to “begin anew”, to follow Jesus by letting go of the nostalgia for the past. In his homily, Francis said going to Galilee means “it is always possible to begin anew, because there is a new life that God can awaken in us in spite of all our failures. “From the rubble of our hearts, God can create a work of art; from the ruined remnants of our humanity, God can prepare a new history,” he said.

“HEALING THE WOUNDED HEART”
US prison inmates who participated in a Bible-based trauma healing ministry program showed enhanced emotional well-being and a significant decrease in the negative consequences of trauma, a recent study by the American Bible Society and Baylor University revealed. The Christian Post reports that through participating in “Healing the Wounded Heart,” ABS’ Bible-based Correctional Trauma Healing Program, participants experienced a decline in PTSD and vengefulness. Also, they experienced increases in forgiveness, resilience and meaning in life.

“A WEEK AWAY”
A new faith-based musical debuted recently in the Netflix Top 5 and even reached No. 3 on the worldwide most-popular list. According to christianheadlines.com A Week Away, a faith-based movie featuring popular Christian songs, reached No. 8 on Netflix’s list for most popular titles in the U.S. and No. 4 on Netflix’s list for most-popular movies. The film tells the story of a troubled teenager who finds Christ – and romance – at a summer church camp.  It includes music by Steven Curtis Chapman, Michael W. Smith, Amy Grant and For King and Country. The soundtrack reached No. 1 on the iTunes Christian album chart and No. 18 on the “all genres” chart.

RESURRECTION—THE MOVIE
Emmy-nominated actress and producer Roma Downey has released a new movie called Resurrection that she produced with her husband Mark Burnett. The film tells the story of what happened after Jesus' crucifixion. During an interview with CBN, Downey explained that the time frame for the film takes the audience through the Gospel and into the book of Acts, by focusing on the death and resurrection of Christ.

NICK VUJICIC
Nick Vujicic, who's known as the "limbless evangelist" because he was born without arms or legs, has shared his life story with people around the world to show that all life has value.  Vujicic was born in the early ‘80s without arms and legs. According to his biography, growing up proved to be difficult for him, and during his school-age years, he struggled with depression and loneliness. It was his faith in God that would eventually grant him victory over his struggles. Vujicic says that regardless of what appears to be a roadblock, God has a plan for every life.

HARRY CONNICK JR.
Well-known singer Harry Connick Jr. is about to release a new Gospel album, titled Alone with My Faith, which will consist of songs he has written, performed and recorded all by himself. The album aims to include the experiences of both Christians and non-Christians into a single album. Harry Connick Jr. told CBN: "I’m a Christian and I’m proud of my faith, but I also realize this is a big world and there’s a lot of people in it."

SOUTH SUDAN
Mission Network News reports that 50,000 Bibles and Christian books are on the way to South Sudan. The organisation Mission Cry collects donated resources like these and ships them to believers around the world. Executive Director Jason Woolford says two former Marines partnered with them to make the latest shipment possible.

DIGITAL OUTREACH
According to The Christian Telegraph, the Luis Palau Evangelistic Association has begun a new partnership. They have joined with Groundwire an organisation with an extensive track record in successful digital strategies to reach people with the Gospel. Kevin Palau, president of the Palau Association, says that the partnership is committed to engaging millions of people through videos on social media. The goal is to open the door to online conversations about Jesus at the website JesusCares.com In the last six months, more than 38 million people have watched Groundwire’s videos online and 50,000 have made a decision to follow Jesus.

THY KINGDOM COME
This year's global Thy Kingdom Come prayer initiative will focus on church newcomers and people drifting from church. The prayer movement, across denominations, has a presence in 90% of the world’s countries. It will take place online from 13-23 May.

LUIS PALAU
Religion News Service reports that Luis Palau, a Christian evangelist known for his smile and hearty laugh and described by some as “the Latino Billy Graham,” died on Thursday March 11th at his Portland, Oregon, home. He was 86. Over the past 50 years, the Luis Palau Association, based in Beaverton, Oregon, estimates that it has reached 30 million people in 75 countries.

WORLD VISION
Not long after the World Health Organization declared COVID-19 a pandemic on March 11, 2020, World Vision, an interdenominational aid organization that operates in nearly 100 countries, launched the largest global response in its 70-year history. Erica Van Deren, a senior program manager on World Vision’s emergency response team, told The Christian Post that as the world was shutting down, World Vision kept working since that is the purpose God has bestowed on the organization and its staff. “COVID-19 has been our largest both domestic response and international response that we’ve ever organized” Van Deren said. “It’s been a remarkable amount of work and really just a wonderful opportunity to be the hands and feet of Jesus in this really, really challenging time.”

KELLY ROWLAND
In an interview with Gospel singer Kirk Franklin, Kelly Rowland came out strongly about her faith in Christ. According to The Christian Post, Rowland declared, "I believe in God, I believe in Jesus, I believe in faith more than I do religion. It's such a personal walk." Rowland is best known as a member of the popular music group Destiny's Child. She told Kirk Franklin that her faith has "carried her," and made her the woman she is today. "It's made me the woman that I am. It's making me the mother that I am. It's continuing to make me the woman that I am. It's teaching me how to be a wife. It's continuously stretching me." 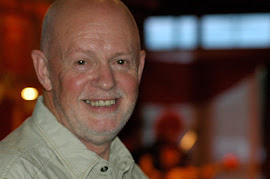